Each year the United Foundation For Disabled Archers recognizes outstanding individuals and sponsors that have supported the UFFDA mission in an exceptional way. It is a difficult annual task to select just four because there are so many individual members and sponsors that qualify as worthy candidates.

After a thorough analysis and difficult considerations, the 2010 Silver Arrow awards, which are presented to an outstanding sponsor, were conferred upon Darchuks Fabrication, Inc of Park Rapids, MN and Tombstone Pizza Co. in Medford, WI. The 2010 Golden Arrow Awards were presented to Bob Ofstad & Debbie Eull of Loretto, MN and to Steve Prieve of Madison, WI.

The recognition given Darchuk’s Fabrication is cumulative as they have been generously supporting our Camp Wilderness hunt for years by donating well constructed items that were specially manufactured for UFFDA right in Park Rapids. George Darchuk not only is a generous donor, but also shares his land and serves as one of our more successful guides. Having George’s warm, friendly face and big smile around the camp is even more valuable than the wonderful things that his comapny donates to our mission. We graciously thank George and his father for their loyal support and generous contributions to insure the completion of the UFFDA cause.

Tombstone Pizza in Medford, WI, which is Division of Kraft Foods has been supporting the Camp Tesomas hunt for the last three years by providing cases of pizzas to feed the entire crew there. The first night of the hunt at Camp Tesomas is Pizza Night and Tombstone has been seeing that no one goes to bed hungry there. Of course the Tombstone folks discovered what every good woman already knows: the most direct way to a hunter’s heart is through his stomach and Tombstone Pizza is definitely in the heart of the Camp Tesomas UFFDA crew. Thank you Tombstone for feeding our hungry.

Debbie Eull and Bob Ofstad have been gracing the Camp Wilderness hunt with their hard work and friendly faces almost since the very beginning. They are always among the first on the scene and don’t leave until everything has been put back into proper order. They are always there when you need them and most often you don’t even have to tell either what to do, they just see it and get it done. It just wouldn’t be the same Camp Wilderness Hunt without them.  Thanks Bob and Deb, you are two of the best.

Steve Prieve has been a standout figure in the Wisconsin UFFDA operation since its onset. He is one of the camp clowns and can always be counted on when there are tickets to be sold or work to be done. In spite of his disability he is a work horse that will get the job done whether it is running the kitchen, manning the show booth or just making people laugh. He is crazy, he is wonderful and he is UFFDA. You are a very special man, Stevo, thanks for all that you do for UFFDA.

The entire UFFDA Family would like to offer our sincere congratulations to this year’s winners along with our heartfelt thanks for all that these special folks do to make the UFFDA mission such an outstanding success. 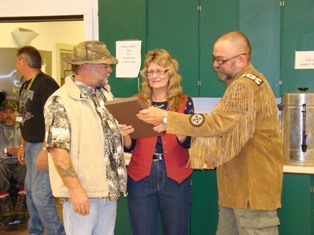 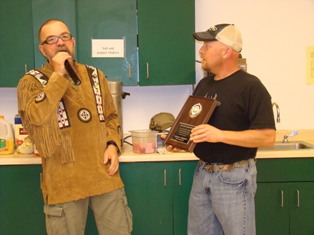 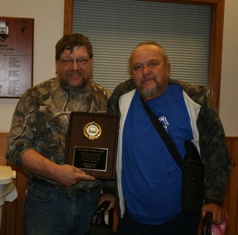