When Mike Safcik purchased a hunt donated by Ozark Mountain Outfitters (OMO) at the 2006 UFFDA Annual Banquet, you might say he was buying a pig in the poke. No one connected with UFFDA had ever been there or knew anyone who had. Furthermore, the hunt was in the middle of December, which is not the best time of year to be hunting, but still Mike headed off on his adventure (this author in tow) with visions of big bucks and gobbling turkeys dancing in his head. 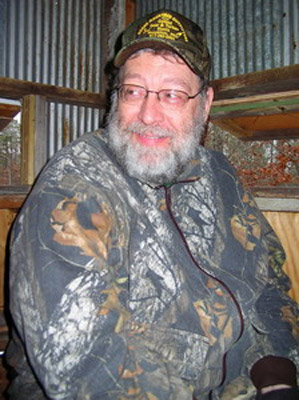 We arrived at dusk and settled into the homey accommodations at OMO and began to develop our relationship with Jim & Darlene Wilson, our hosts and the proprietors of this south-central Missouri operation. Over the next three days, we were treated like family members and formed a lasting bond that was made possible by the unique personalities of the main characters of this wilderness expedition.

Both Mike and I were impressed with Jim and Darlene and the earnest love that they have for the 1600 acres that make up OMO. The landscape is handsome and rugged, consisting of heavily wooded forests scarred by high ridges, deep hollows and a fertile river bottom that snakes its way through the landscape. This unique panorama offers some of the best deer habitat it has been our pleasure to observe. The entire picturesque package is further enhanced by dozens of small food plots that Jim has carved out of the wilderness terrain creating an environment that is very conducive to whitetail deer, wild turkeys and especially to big bucks. 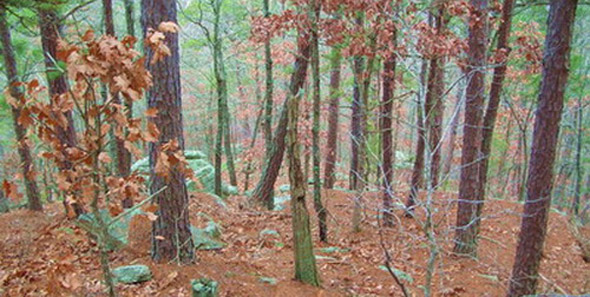 After just a short time at OMO, we could only wonder why our hosts charge so little for their hunts, especially given the amount of work that Jim has expended creating this textbook, whitetail deer habitat. He responded to our conjecture by explaining that he wishes to create an opportunity for the average hunter that cannot afford that two to five thousand dollar "Big Hunt". He is satisfied to provide his unique opportunity to those that appreciate a wilderness hunt with country accommodations and good home cooking.

A major drawback to some would be that Jim and Darlene run a Christian Camp and heavy drinking and hearty partying is not allowed. If you want an excellent deer hunt with hard hunting, OMO is for you. If you want to get loose and wild with liquor or drugs, go somewhere else. Mike and I appreciated that particular camp rule as it was the hard hunting we had come for. 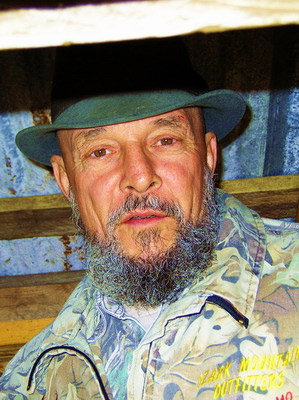 So how did the hunting go? It was hard! Our three-day tour of duty produced the sighting of only three deer. Mike never lifted his crossbow to his shoulder. Not so good you might be saying, but remember, it was after the early bow season, the rifle season and the black powder season. We saw the photos of the big bucks that were slain during the 2006 early bow season and the gun seasons. The monster bucks are there, or at least some of them are still there. We saw tons of fresh sign each day that we were there, but the activity was taking place after the sun had buried itself deeply into the western horizon.

The most important thing to us was that we were treated like royalty and catered to like we were the two most important hunters that had been booked all fall. Jim bent over backwards to put Mike in the best stands that he had in an effort to increase his odds and insure that he would have the best opportunities to fill his tags. Although the hunting was typical for that time of year, the hospitality, the meals and the homey accommodations were the highlight of the entire trip. We ate like kings and enjoyed the bright and intelligent conversation shared with Jim and Darlene.

In an earnest effort to fill Mikes tags, Jim seemed to appreciate our "kids at the county fair" attitude, which we maintained throughout the entire hunt. Not because we were trying to be good sports, but because we truly were having a wonderful time at OMO and enjoying the great company, the breathtaking scenery and witty, warm camaraderie. 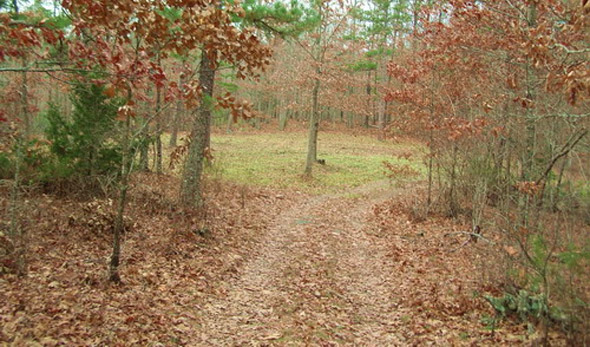 As our stay neared its end, Jim proposed that we come back again next year. This time, however, instead of bring up the rear, we would be the very first group to participate in his 2007 hunting season. He made that generous offer even sweeter by kindly donating another hunt to the United Foundation For Disabled Archers, not only for 2007, but for each and every year to come as long as he and Darlene were the proprietors of Ozark Mountain Outfitters. We thought about it for a millisecond and then graciously accepted his most benevolent offer.

So, dearest UFFDA members, this is not the end of our hunting story about Mike’s trip to Ozark Mountain Outfitters, but instead just the first chapter in an entire book of adventures to happen at this remarkable hunting operation, which by the way, cheerfully caters to those with physical disabilities. OMO gladly hosts hunters in wheelchairs and is looking forward to a deepening relationship with the UFFDA Family in the years to come. If you would like more information about this reasonably priced hunting opportunity in the woodlands of Missouri, contact the UFFDA Main desk at 320-634-3660 or email same at bowtwang@charter.net. And please, be sure to read the Winter 2008 issue of the UFFDA Chronicles for chapter two of the exciting, on-going book "UFFDA GOES TO OZARK MOUNTAIN OUTFITTERS".