Each year the United Foundation For Disabled Archers recognizes several outstanding individuals and sponsors that have supported the UFFDA mission in an exceptional way with exceptional effort, generosity and personal sacrifice. It is a very difficult task to have to single out just four because there are so many stellar members and sponsors that qualify as worthy candidates.

After a thorough analysis and difficult considerations, the 2006 Silver Arrow awards, which are presented to outstanding sponsors were granted to Rivers West Ccompany from Seattle , WA and to David Jellum of Starbuck , MN . The 2006 Golden Arrow Awards were presented to Al and Margaret Bruns of Park Rapids, MN and to Gary Kurtz of Osceloa , WI.

In 2006, Rivers West donated twenty sets of Gore-Tex rain gear to UFFDA which were used in raffles to raise funds for the 2006 hunts. These beautiful garments were a popular item and the demand for the suits was high due to the great quality of the River West product line. The award was mailed to the folks at Rivers West and we hope to get a photo back to run in the summer issue of the Chronicles. We are very grateful to the River West Company and thank them for their generosity and support of the UFFDA mission. 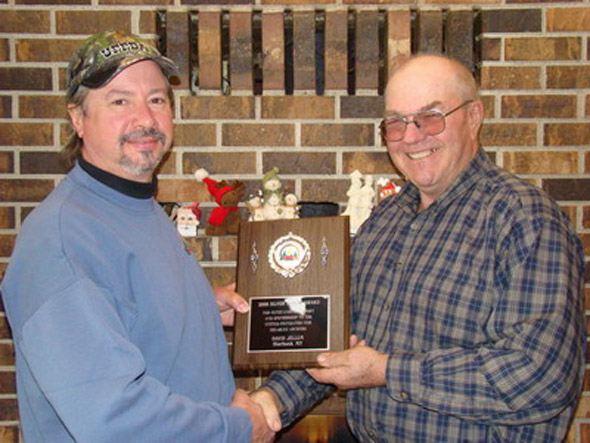 David Jellum is a farmer from Starbuck , MN that passes his winter days away with his wood working equipment. For the past three years he has donated very ornate and handsome woodworking projects to UFFDA for fundraising items. This past year, he created a humming bird and flower overlaid on a mirror. It was yet another beautiful work of art that helped raise much needed funds for this year’s hunts. The entire UFFDA membership would like to thank David for his loyal support. When Russ Kalk and I drove out to present Dave with his award, we got to see the blueprints for his next masterpiece and believe me when I say it is going to be a real crowd-pleaser. Thanks again for all that you do to help make a difference, David. 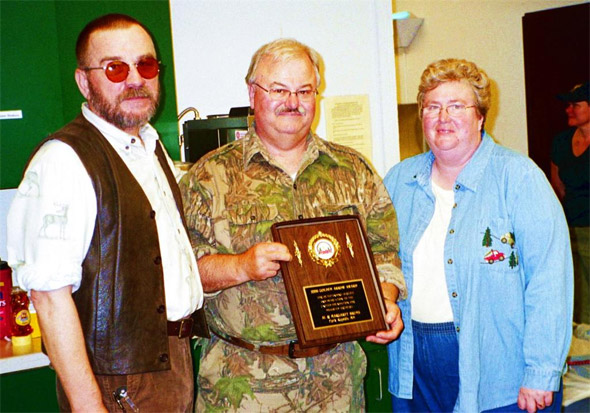 Al and Margaret Bruns have been a part of the UFFDA family for years. Since Al retired as Police Chief of Champlin, an Twin Cities suburb, the Bruns made a permanent move to Park Rapids where they reside just a few short miles from Camp Wilderness . Since their move, this energetic couple has been at the very heart of the activities for the Camp Wilderness Hunt. Al is a guide and has actively recruited new landowners and guides while maintaining a leadership role in the hunts.

Meanwhile, Margaret is making another type of magic with her gourmet-level baking skills by bringing wide sugar-coated smiles out from the faces of UFFDA hunters and staff members alike as they vacuum up her tasty sweet-treats strictly for the much-needed instant energy they provide to our over-worked crew. Al and Margaret are always the first ones to show up the week of the hunt and they are the last ones to leave after helping to clean up and pack on the last day of the event. This wonderful couple was presented with their award in front of the entire hunt crew at the Saturday night banquet at this Camp Wilderness hunt. It was a happy moment for all and once again, we offer our most sincere congratulations to Al and Margaret. We love you two.

Gary Kurtz is another extraordinary UFFDA member that has proven himself over and over again by his selfless service and by repeatedly going far above and beyond the call of normal duty. Gary has served as the hunt chairman at the Camp Tesomas hunt for years and has done an excellent job of it. He has secured John Deer Gators from a dealer in his hometown each year and brings them to the hunt each year to assist in transporting the hunters and their deer to and from the field. He is a blur of motion from a couple of days before the hunt begins until the very last day. He commitment and energy towards the cause are to be commended. Gary was presented his award at the 2007 Camp Tesomas hunt. Congratulations, on some well-deserved recognition, Gary. 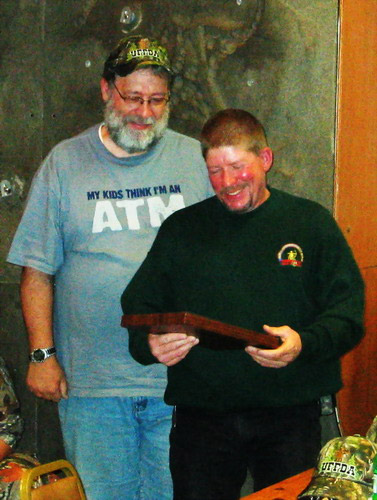 The entire UFFDA Family would like to offer our sincere congratulations to this year’s winners along with our heartfelt thanks for all these special folks do to make the UFFDA mission such an outstanding success.