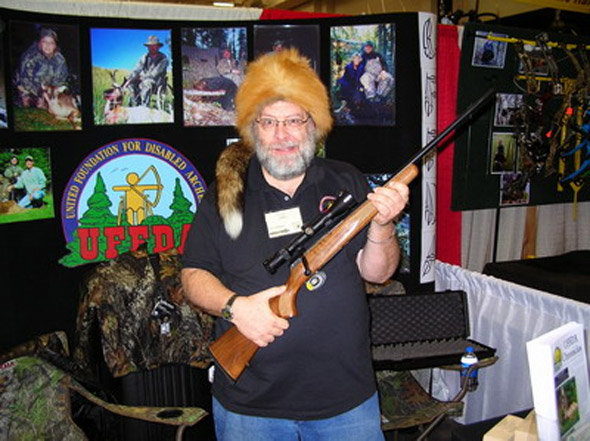 Some say 13 is unlucky. If that’s the case, then the UFFDA Camp Tesomas hunt in Wisconsin was the unluckiest ever. First we had a record number of hunters attend (16). Second we had a record number of hunters check in (16). But best of all was that we set a record for deer harvested at any UFFDA hunt, thirteen. That’s right, thirteen! The previous record was twelve set at UFFDA Camp Wilderness in Minnesota in 2005.

Our wonderful neighbors, the gang from Fort Wilderness Bible Camp helped us out again this year by taking four hunters to their property, hoping to take some big Does and wise old Bucks. A special thanks to Todd Dunham and his gang for helping to make this year’s hunt the best ever. 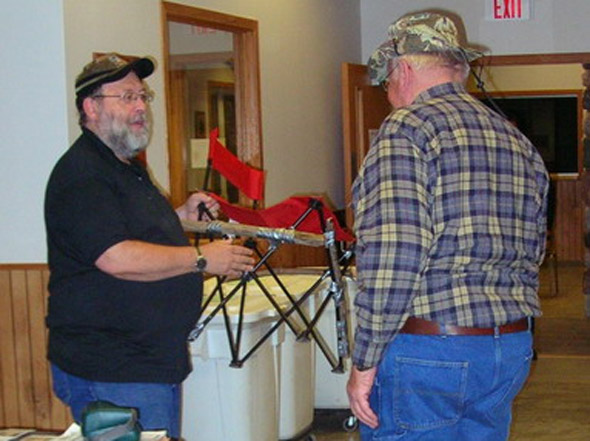 Each year we try to award and thank individuals for their support and accomplishments. We present each successful hunter with a "Tagged Out" bar-patch to wear on his or her jacket. The hunter’s guide receives a "Master Guide" bar-patch for his role in the harvest. Each of the volunteers that go above and beyond by dedicated their personal time to the hunt receive the Golden Arrowhead Pin.

However there are always some surprise presentations for things that we feel just have to be recognized. This year we honored two hunters with very special awards. The first was Ron Furdernuer, who was presented with the "Broken-Chair Award". It was rumored that the chair sat him a little to high and was he was unable to see out of the blind properly. To remedy this problem, he broke the legs to improve the view. We not sure, but that is the rumor and it sounds reasonable to me.

The second and perhaps most interesting award went to Linda Andrus. While waiting for the deer to turn broadside, she quietly slipped her fingers out of her mittens to get a solid hold on the crossbow. The deer turned and presented the shot and Linda squeezed the trigger, but missed. Trying to reconstruct the incident she noticed that she had indeed scored a hit. Although it was not a killing shot, her mitten, which was caught in the strings path, was flung out of the blind harmlessly stricking the deer, or almost striking the deer. Congratulations Linda on receiving the "Wounded Mitten Award". 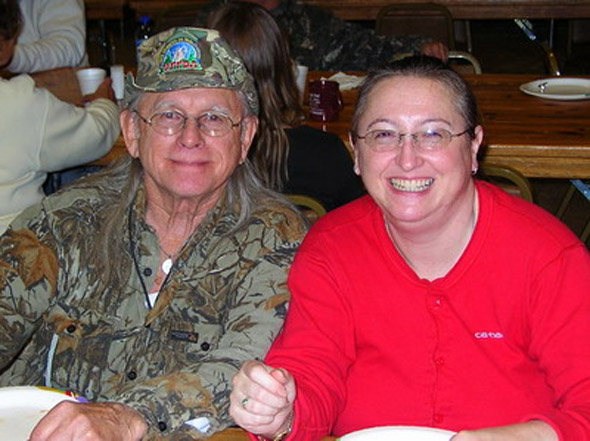 We were pleased to welcome two new local UFFDA members at this years Camp Tesomas hunt, Bill and Angie Bishop. Bill had set up his ground blind early in September and graciously let us hunt from it. It produced one of our thirteen deer. Bill and Angie took part in our Saturday banquet and came away with a beautiful quilt that was hand made by Cleo Holmin of Nicolett, MN.

Ralph Chavez also joined us this year and deserves a big welcome. He took time from his busy schedule, prior to our hunt, to scout and bait along with Elvis Bauman (Camp Tesomas Ranger). They also helped out during the hunt where ever they were needed.

As the Wisconsin Hunt Chairman I would love to take credit for the success of this hunt, but the truth is it takes everyone to make it happen. For all the newcomers and the old-timers that I have failed to mention THANKS. All of you complete the puzzle. Next year will be even bigger and better.